Latest News: What are the damage causes of tundish permanent layer? 2017.04.12

What are the damage causes of tundish permanent layer?

What are the damage causes of tundish permanent layer?

1. The lack of thermal shock resistance

In uses, either cracking and spalling caused by fluctuating temperature or the slag penetrates into crack, slag is inlaid in permanent layer for castables, resulting tilting tundish is difficult.

In use process, the slag penetrates into permanent layer for castables to accelerate sintering, leading to spalling caused by fluctuating temperature.

Refractory castables are perhaps sintered under lower temperature, thus leading to spalling of sinter layer near the coating layer.

Sometimes the slag has strong erosion, working layer and permanent layer for castables suffered erosion one after another, thus reducing service life of the tundish.

In summary, well resolving these problems that concerning slag penetration, thermal shock resistance and erosion resistance is the sticking point to improve the application of the tundish castables. 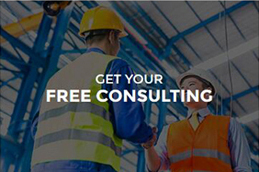